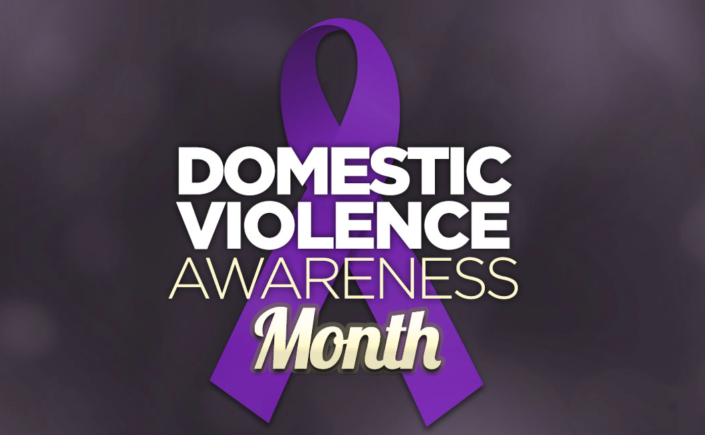 This is part 2 of my story for Domestic Violence Awareness Month.  You can find part one here.  Some of these details I remember very well, while others I am drawing directly from the police report account of that day.

Some time passed, around 4 months if I remember correctly.   I found myself in the same place as I had been before the “incident”.  Our relationship had not improved despite a lot of empty promises.  He hadn’t been violent with me again but I was always on guard.   He had gotten fired from  his job, again. He had decided to start a business with his brother but didn’t bother telling me any of this of course.  I only found out when I called his office looking for him one day and the receptionist informed me he hadn’t worked there in over a month.  I just couldn’t do it anymore and so I took my daughter and went to stay with one of my best friends and her husband for a while.  I can’t tell you how long we stayed there, a couple of months maybe.  They were wonderful with her and we felt like family.  I will never forget all they did for me and all the encouragement they provided.  At one point, I tried going back home but there just didn’t seem to be much going back.  I wanted to file for divorce officially but I was scared, confused, and didn’t have the funds to do so.  He had moved out of our home and into a small apartment and we tried to have a semi-amicable relationship for the sake of our daughter.

Within a few months of moving out, I began seeing someone.  Yes, it was too soon.  Yes, I was still legally married.  Yes, I know it was a bad move.  Long story short, he was a friend of a friend.  He was polar opposite of my ex husband and was just kind to me ALL the time.  He was what I needed at the time and I’m still very close to his family to this day!  If you’re in this situation, finish closing one door before opening another.  For me though, I needed to feel wanted and needed again.  I wasn’t uber secretive about this new friend and naturally it was a tense subject between my soon-to-be ex husband and I.  He began to threaten to use the relationship to attempt to take my daughter away from me.  Naturally, I backed away from the relationship but that didn’t stop him from trying to “dig”.  One day, he had my daughter napping at his apartment.    When I arrived she was still napping and he asked me if I would take his truck down the street and get him something to eat.  I obliged.  Upon arriving back at the apartment with his food, I observed a notebook in the passenger seat and inside found my phone records, photos of me with my friends, myspace posts he had printed, etc.  I was so angry at this violation of privacy that I removed the whole file from the truck, and tossed it in the large dumpster in the parking lot.   After dropping off his food, I collected my daughter and went to the parking lot to leave, he followed behind and promptly noticed the missing documents from his truck.  He immediately became enraged and violent.  While I held my daughter (who was about 18 months old at the time), he got in my face yelling at me.  He called me a whore and a whole bunch of other names.  He demanded I crawl into the dumpster and retrieve the documents.  When I refused, he shoved me, baby in arms, into the dumpster at which point I stumbled and dropped my purse.  He immediately grabbed my purse with my wallet, phone, and keys, threw it into his truck and drove off.  I was shaken up and without my purse, I had no choice but to walk to the nearest local business (blockbuster) to use the phone.  I called my parents to come get me and I’m not sure whether they called the police, if I did, or the sweet blockbuster employees who comforted a crying hysterical young woman and her baby.  Either way, once my parents arrived, my ex was not far behind.  He drove up beside their van and began yelling and causing problems.  My mother than drove her van down a side street with him in pursuit.  He sped up beside her yelling for her to pull over and then made a sharp turn blocking her in causing her to stop abruptly.  According to the report, my mother feared she would ram into his truck.  From there, he parked in the middle of the road, got out of the truck and began screaming and pounding the hood of her van.  He yelled demanding we get out of the van and when we refused he punched and broke the sideview mirror off.  I was shaking terrified and I know my mother was also scared because there was no telling what he was capable of.  At this point, the police arrived and he promptly returned to his apartment.  According to the documents, after taking a statement from us and a statement from him, they arrested him for family violence and criminal mischief.  I’m so thankful that he didn’t hurt me worse than the red finger marks the police reported on my left arm.  But I’m more so thankful that he didn’t hurt my daughter or my parents in his rage.  This wasn’t a terrible altercation but it was significant because it was the first time my family got to see this side of him first hand.  Until this point, I imagine it was difficult to grasp how someone so funny and “nice” could be capable of violence.