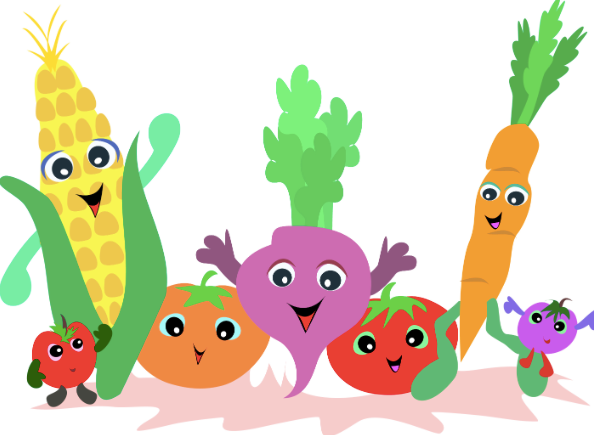 I’ve struggled with my weight since I had my oldest daughter almost 11 years ago. As a teenager, I developed a pretty unhealthy lifestyle but since I wore little kids jeans and had a much more active metabolism, I didn’t realize how I was setting up adult Lori for failure. For instance, weighing in at all of 101 lbs my senior year in high school and wearing a size 12/14 gap kids jeans, I ate a vending machine honey bun for breakfast pretty much daily. I would often skip lunch all together or stuff my face with tortillas and queso at rosas. I didn’t workout and had given up all athletic extra curricular activities. 3 kids later and my weight has yo-yoed up and down for years. My closet is filled with things are that either way too big or way too small from skinny times and fat times. Obviously the weight I had put on was devastating to my self image but I hadn’t realized how the choices I was making were affecting my health. I tried just about every weight loss product on the market and had minimal results. My eating habits were not terribly dreadful and I was pretty active so I was incredibly frustrated with how much trouble I was having getting the weight off. A little over a year ago I found myself in a doctor’s office. I had literally felt like I had the flu for several months. I stopped working out because I had absolutely no energy. I could sleep all day if you would let me. My body felt achy and I was constantly suffering from headaches. My weight was fluctuating even more than usual and sometimes I had no appetite at all. I felt weak and drained constantly despite the fact that I was drinking 1-3 cups of coffee in the morning, 1-3 red bulls in the afternoon/evening, in addition to a well known health and wellness company’s energy drink at least once a day! As I was describing to my doctor how I was feeling she became concerned. Initially, she suspected that it may be more of an emotional issue due to the fact that I was adjusting to life in a new town and some stresses in my personal life but decided to run a few blood tests anyway. I’m not sure specifically what she was testing for but I know that we couldn’t pin point what exactly was wrong aside from the fact that my white blood cell count was low. We couldn’t pin point a culprit but she suspected it might have something to do with recurring sinus infections I was suffering due to severe allergies. She prescribed an allergy medication, some sort of oral steroid, and a nasal spray and said we would re-analyze the situation in a month. My first week or so I did feel a bit better so was relieved to not feel like death for the first time in a while. However, by the month’s end, I was back to feeling like I had been hit by a train. I was trying to hit the gym daily and truck through my aches and exhaustion hoping it would help but I ended up feeling even more terrible. My blood work that month again revealed a low white blood cell count. Over the next year, I had my blood drawn monthly and had numerous tests for everything from my thyroid to cancer. We could not find an answer for my mystery ailment. I cried because I was so desperate to feel normal again. I wanted energy to do fun things with my kids again and it was so frustrating not having answers. I was pretty convinced I was dying but wasn’t sure from what. During this time, I was seeing 2 different friends post about 2 different things that sparked my interest on social media. 1 friend was posting about Whole 30 and another about It Works products. I messaged 1 friend first about her Whole 30 journey and her health results with it. She said after reading the book It Starts With Food she began a lifestyle change that had improved her health in many ways from allergies to anxiety! I was curious so I read the book too and was shocked by how much food (even seemingly healthy food) can negatively impact our physical and mental health. Because a Whole 30 diet meant completely cutting out a whole lot of everything, I decided to ease into it with a Whole 7 instead. For 7 days I 100% followed the Whole 30 way. Guess what? After only 7 days, I DID feel better! Although I still have never completed and entire whole 30 program, I do stick to the lifestyle 75%-80% of the time. I try to stick to it more often but I also know for me, completely eliminating things and overly restricting myself, sets me up for failure. Sometimes, I try and make healthier versions of cheat foods or as Whole30 says SWYPO (sex with your pants on) meals. lol But here’s the deal, eating “clean” isn’t always common sense. Our food has evolved over the years so do your research folks. Funny thing is, my body now knows when I’ve filled it with junk. After a particularly long stint of clean eating with no cheats, my husband came home craving Rosas. I went along with it and everything tasted incredible going down but within about 30 minutes, I found myself face first in the toilet projectile vomiting. It wasn’t food poisoning, my body just literally rejected the junk. My kids say they notice the feeling of awful nastiness after eating a junk meal too. We hate feeling too full and sluggish after something greasy. I’ve talked my husband into making some healthier choices when he’s home but deep down, he will always be a pizza, burgers, and beer guy! lol Baby steps!

During this time of self enlightenment and research, I was approached by a friend about It Works products, I had seen he and his wife post about them and was really curious to try a few things. Somehow, he convinced me to sign up to be a distributor myself. Mainly because I got a discount on products and they were offering a great incentive for new distributors. I never intended to sell it, but figured I didn’t have anything to lose. When my greens and other products arrived I was really excited to try some stuff out. I haven’t yet found a product I hate but by far my favorite product is the greens. I mix them once a day with half orange juice and half water and have since stopped drinking coffee and red bull. Yep, you heard me, I no longer drink those things AT ALL. Which is amazing considering that I was a complete junky as I mentioned before. I now have the energy to get a brief workout in daily even with our busy schedules. Aside from the small amount of juice I use with my greens daily, I drink nothing but water unless I find myself out on the occasional girls night or date night where I do allow myself alcohol. Want to know the best part though? My blood work has been completely normal for several months now and I don’t feel like I have a chronic flu anymore! Cheery on top? I’ve now made some money and earned lots of my It Works products for FREE just for being a distributor and helping my friends and family improve their health!

Why am I telling you all of this? Because, I want YOU to feel better too. This journey for me no longer became a weight loss mission, it became a health mission. Sure I’ve lost a little weight along the way but that’s just a bonus for the way I feel. Take your health and the health of your family into your own hands. Read the book, do the research, find a plan that works for you but make yourself very aware of the foods and drinks that you’re putting into your body and into the bodies of your children! Buy organic, eat fresh not processed, drink some water, eat clean, be active, take your vitamins, and feel better! I would love to share some meal ideas and tips with you sometime when I’ve got a second but in the meantime, do your homework. Till we meet again! ❤

P.S: I eat lots of Whole30 approved meals but I sometimes I take meal ideas from beach body’s 21 day fix and sometimes a few paleo goodies too. Check pinterest for ideas for keeping clean eating fresh and delicious!

One thought on “Grab your health by the horns!”